As a tourist town, the port city of Fremantle WA accommodation options are numerous.

The City of Fremantle was established in 1829 as a port for the Swan River Colony and was the major city in Western Australia for much of its early history.

There are many accommodation styles from which to choose in Fremantle.

Fremantle is a beautiful coastal port city bounded by the Indian Ocean and the Swan River. Only 20 km to the Perth CBD and  accessed by a direct train line or a straight run down the Stirling Highway, passing through the iconic Perth suburbs of Mosman Park, Cottesloe, Peppermint Grove, Claremont, Nedlands and Crawley.

Its unique and relaxed feel combined with fairly flat geography makes Fremantle a walkable City and walking around the town you will encounter an abundance of heritage architecture. You can get lost in music, arts and culture, festivals, retail stores and markets, cafés and restaurants; all contributing to the village style and multicultural atmosphere that is Fremantle. Watch this short mash up to see that this is Fremantle

Arguably the oldest hotel in Fremantle is the Norfolk, an unusual limestone structure that dates back to before the 1893 gold rush. Originally known as the The Oddfellows Hotel , the Norfolk was constructed by 1877 for George Alfred Davies, who was a well known wine and spirit dealer. Born in 1846 to a family who had settled in Western Australia only five years after Captain Fremantle first claimed the area for Britain, Davies was also active in public life, serving in time as a local councillor and in 1895 as the Mayor of Fremantle.  To this day, the Norfolk still welcomes accommodation guests through its door.

If you’re looking for something other than what we can offer, let us know and we can investigate on your behalf. 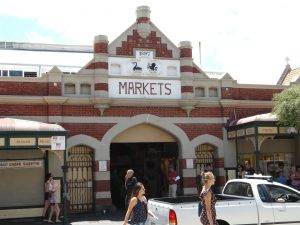 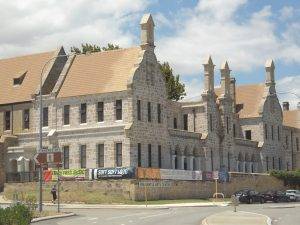 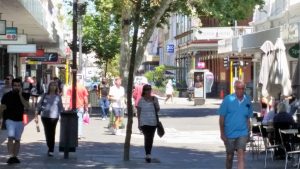 Find out more about Fremantle by following these links:

If you need last-minute accommodation, or you’re having trouble finding accommodation in Fremantle, contact us for a prompt response. If we can’t assist we will point you in the direction of someone who can 🙂